How Can Cataracts Affect My Vision? 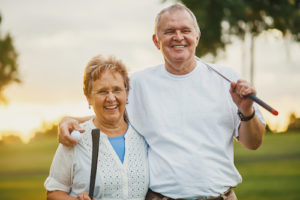 Cataracts are an extremely common visual impairment experienced by people over the age of 40, as well as some younger patients with diabetes or another disorder that can affect vision. Cataracts occur when the crystalline lens — the lens located behind your iris — becomes cloudy. While treatable, cataracts are still a major detriment to your vision and can affect how you see in a variety of ways.

Perhaps the most common symptom of cataracts is blurred vision. The clouding of the crystalline lens, which is normally clear, naturally leads to cloudy vision. This can be mild or severe depending on how much the cataracts have progressed. Most cloudiness can be temporarily treated with eye drops, but they often need to be applied several times a day. If cataracts have progressed too far, your doctor may recommend cataract surgery.

Cataracts can cause an excessive amount of glare from light. This can be more than a nuisance, it can be dangerous — glare from headlights is especially severe and can make it difficult to drive at night. Cortical cataracts, which occur when the cloudiness is centered around the nucleus of the lens, cause the worst glare. However, glare can be an issue with any kind of cataract.

One of the more surprising symptoms of cataracts is the inability to properly differentiate between different colors and shadow values. This is because cataracts limit the amount of contrast you can see, making it hard to tell the difference between colors.

With cataracts, it can be a lot harder to see in low light and at night. It may seem like this goes without saying, as when you have trouble seeing during the day, it stands to reason you would also have trouble seeing at night. But clouded vision has a greater effect in low light, which is compounded by the diminished ability to see contrast. All in all, it can make seeing at night extremely difficult, and driving at night even worse — especially with the added effect of glare from headlights.

Cataracts can cause nearsightedness, which can actually improve vision in those who are already nearsighted or farsighted. This is a strange phenomenon, often called “second-sight,” and can sometimes mean people with cataracts see better without glasses. Unfortunately, the improved ability to see up close does not negate the other cataracts symptoms. Also, if you have had nearly perfect vision all your life, cataracts can limit your ability to see at a distance because of myopia.

While cataracts can be treated with eye drops, the most effective and long term solution is often cataract surgery. If you think you may have cataracts, schedule an appointment at Arizona Eye in Glendale to see if cataract surgery is right for you. Virtually every cataract patient we treat regains their vision.

Does Having Diabetes Increase Your Risk of Other Eye Conditions?

Can I Wear Contact Lenses If I Have Cataracts?

Follow These Tips by the AAO For Fireworks Safety This Holiday

4 Things You May Not Know About Glaucoma

What Does An Intraocular Lens Do?

Is Laser Cataract Surgery Worth It?

Can You Have Glaucoma and Treat It at The Same Time?

Are MIGS Procedures Effective for Glaucoma?

What is a Cataract?

3 Reasons to Consider a Multifocal Lens